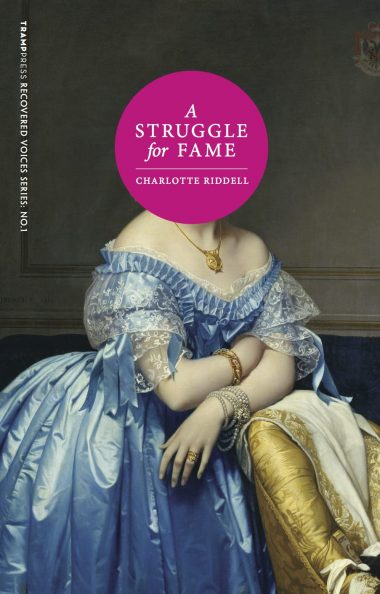 A Struggle for Fame

‘But surely you think she is clever – for a woman?’ asked Mrs Kelly.
‘I think she is clever, decidedly,’ he answered, ‘and she has made a certain mark in the world; but she is going the fair way to lose all the advantage she has gained. She ought to stop at home and write her books and mind her house, and see her husband’s slippers are warmed, instead of going about to parties and listening to foolish compliments …’
After the death of her mother and the loss of her family’s fortune, it falls to young Glen Westley to do what she can for herself and her ailing father. Determined to make her own way in the world, she moves from the West of Ireland to London and works tirelessly to succeed as a novelist, despite the limitations her sex and nationality represent.
Having struggled so long for fame, it is at last thrust upon her – but fame always comes at a price.
A Struggle for Fame is a brilliant novel of astute and surprisingly familiar observations, still relevant over a century after it was first published. Gender, class, affluence and ability are all laid bare under the author’s exacting eye.
This is the first edition of Riddell’s classic three-volume novel to be published in a single unabridged edition.

Charlotte Riddell (1832-1906), the youngest daughter of the High Sheriff of Co. Antrim, was one of the most successful novelists of the Victorian period. Riddell’s writing is informed by a loss of comfort and social standing experienced as a young woman upon the death of her father and subsequent move to London, where she struggled to make a living for herself and her ailing mother through her literary talents. At last she found support through a small publisher, and throughout her career, spanning half a century, Riddell produced over fifty works including novels and short stories. Like an Irish Jane Austen, Riddell is master of witty observation.

More About Charlotte All Our Authors