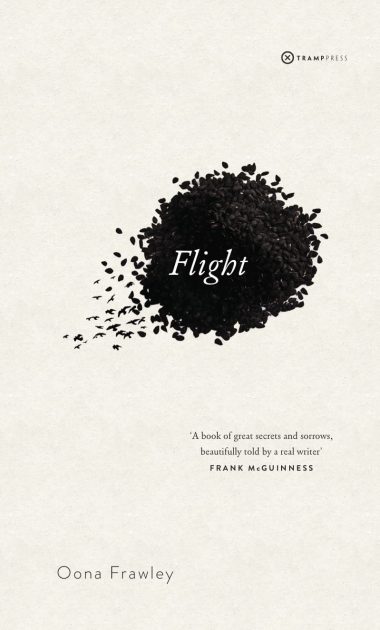 Nominated for Sunday Independent Newcomer of the Year in the 2014 Bord Gáis Energy Irish Book Awards.

The man of the house was mad when Sandrine came. Elizabeth’s mother rang her morning, noon and night. He’s driving me mad with his pepper talk, she said, I’ll crown him if he talks to me about the need for Vietnam to join the International Pepper Community and duties and postmen one more time! The cracks one begins to see in families.

Flight is the story of four travellers as their journeys intersect one winter in Dublin.

Sandrine, a Zimbabwean woman who has left her husband and son behind in the hope of making a better life for them in Ireland, is alone and secretly pregnant. She finds herself working as a carer for Tom and Clare, a couple whose travels are ending as their minds begin to fail. Meanwhile Elizabeth, their world-weary daughter, carries the weight of her own body’s secret.

Set in Ireland in 2004 as a referendum on citizenship approaches, Flight is a magically observed story of a family and belonging, following the gestation of a friendship during a year of crisis. A story of arrival and departure, the newly found and the left behind, Flight is among a new breed of Irish novel – one that recognizes the global nature of Ireland experience in the late 20th century, and one that considers Ireland in the aftermath of the failed Celtic Tiger.

A book of great secrets and sorrows, beautifully told by a real writer  Frank McGuinness

Oona Frawley’s prose is high-protein, no slack. She’s got a great ear for rhythm and writes lovely, long, rolling lines. Flight takes a hard look at Ireland from the other end of the telescope. This book doesn’t suffer fools  Peter Murphy

Flight is an extraordinary novel, at once detailed and sweeping – Frawley is wonderfully sensitive to the things that come together to make a life and to the inevitable tragedy of their falling apart  Donal Ryan

A family story for 21st century Ireland: that is, a story about people who feel lost, who must be watchful, who puzzle over what best to do with memories and who find themselves surrounded by strangers – even when those strangers are the people they love. Flight vividly paths a complex and unsettling moment in the lives of three women and the place they try to call home  Belinda McKeon

A superbly crafted, lucidly written love story that shuttles seamlessly from Ireland to Africa, the US, Vietnam and back, fathoming questions of family, displacement and identity along its way  Anthony Glavin

… Frawley has a gift for empathy … (Her) greatest achievement here is the temporal link between pregnancy, senility and integration, carrying the reader through the narrative at a meditative pace. Images of minute but unstoppable movement, like plant growth, suggest a sense of slow flux without the neatness of facile cyclicality. In deftly manoeuvring between time periods without resorting to the comfort of a distanced perspective, Frawley succeeds in delicately evoking the pain that can accompany change  Totally Dublin 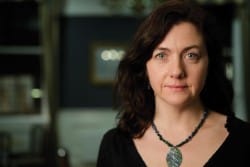 Born in New York City to Irish actor parents, Oona Frawley spent a lot of her childhood backstage, hearing plays through green room speakers, cueing her father for roles and listening to her mother sing. Her parents’ attachment to Ireland meant that the family travelled ‘home’ once a year. Oona eventually settled in Ireland in 1999 full-time, and completed her PhD (City University of NY) in 2001. Prior to becoming a full- time academic Oona worked in a beer factory, and as a lifeguard, a waitress, an ad copywriter, and a freelance editor. Oona has taught at UCD, QUB and TCD, and has lectured English at Maynooth since 2008. She is married, has two children, and runs daily – slowly but compulsively. This is her first novel.

More About Oona All Our Authors